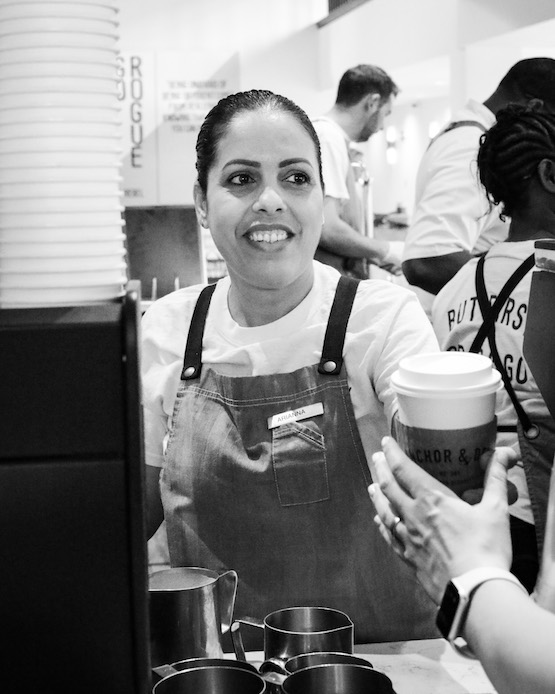 We are so excited to introduce our next “Pinch of Proust” guest, Ariana from our Grab & Go team! If you’re not familiar with this interview series, here is a quick recap! Last year, we were so inspired by the iconic French writer, Marcel Proust’s, interview technique that we helped ourselves recreating this distinctive style with some of his questions and some of our very own. His quirky yet raw interview strategy in the back pages of Vanity Fair magazine has become a true iconic movement in the modern world of journalism. They say this list of questions reveals the tastes and aspirations of the taker and give a true representation of a person.

This month we have interviewed our fantastic barista, Ariana! If you have been to Grab & Go at Anchor & Den, you were likely helped by this wonderful lady. Originally from Cuba, Ariana has been working with the Grand Cayman Marriott for the last 3.5 years and we are so lucky to have her as a part of the team. Read on to learn a little bit more about her!

A&D: Who is your ultimate hero?
Ariana: My heroes are everyone who respects others, even when they think differently.

A&D: What is your greatest extravagance?
Ariana: Shoes!

A&D: Which words or phrases do you most overuse?
Ariana: “Thanks” is one of the words I use most.

A&D: What talent do you have that people may not know about?
Ariana: I used to sing in a duo when I was a child.

A&D: Which talent would you most like to have?
Ariana: I would like to speak many languages.

A&D: What do you value most in people?
Ariana: Respect for others.

A&D: What is one of your fondest memories?
Ariana: I remember my childhood as something magical, we had so much fun! I love you sister 🙂

A&D: What do you consider your greatest achievement?
Ariana: My greatest achievement is to become the person with the values that my family incites.  To treat others with respect is so important. Money does not buy values, common sense, principles, or goodness.

A&D: If you were to die and come back as a person or a thing, what would it be?
Ariana: As a person and dedicate my life as a volunteer to rescue endangered animals.

A&D: Where would you most like to live?
Ariana: I would like to live in Portugal (acho um lugar interessante!).

A&D: What is your most treasured possession?
Ariana: Memories, there are shared experiences with those of us in this life and those who are no longer.

A&D: What is your most marked characteristic?
Ariana: Sincerity, although I know it is not something that many people like.

A&D: What is your favourite thing to eat? To drink?
Ariana: I don’t have a specific meal but I like “tostones con carnitas” and sparkling water.

A&D: What do you have in your fridge at home?
Ariana: I have more fruits and vegetables than anything else. Some meat and seafood too. I try to eat healthy but I have a weakness for chocolates.

A&D: What is your motto?
Ariana: I don’t have a specific motto but I always have a new plan and a goal to fulfill!