RITUALS OF HANAMI AT ANCHOR & DEN – JOURNEY OF THE SAKURA. 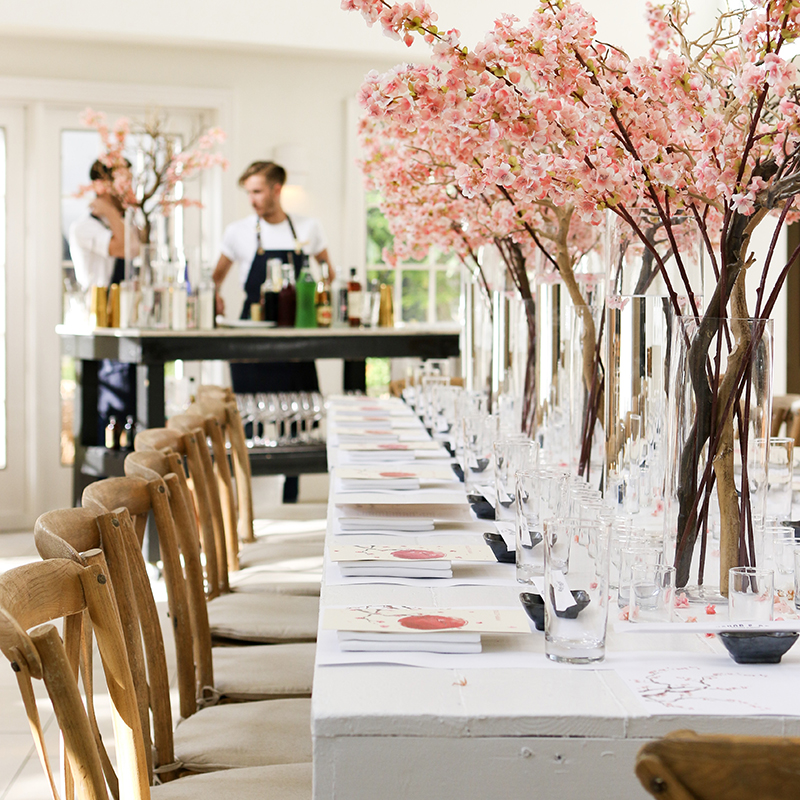 We are so excited to be hosting our “Rituals of Hanami’ event, especially as the appearance of the Cherry Blossom season i just around the corner in Japan.

Hanami is an ancient Japanese tradition where the natives of Japan plus hundreds of thousands of tourists flock to to enjoy the transient beauty of the blossoming of Sakura flowers.

The significance of the Sakura in Japanese culture goes back hundreds of years. In their country, the Sakura represents the fragility and the beauty of life as well as the importance of living in the moment. It is a reminder that life is overwhelmingly beautiful but at the same time is also poignantly short. In modern-day Japan, Hanami consists of having an outdoor party or festival beneath the Sakura during daytime or at night.

The A&D chefs are so passionate about Japanese cuisine and many have had the opportunity to work with these unique favours that this wonderful cuisine brings to the table. Our bartenders have also been working hard on developing new and exciting cocktails all based around this beautiful flower, which we had imported all the way from Japan!

On the evening, we will be lovingly describing this beautiful and delicious culinary and cocktail journey using the Japanese poetic form of Haiku. A haiku is the world’s shortest poem consisting of just 17 syllables. Despite its succinct form, it contains the essence of Japanese people’s aesthetics, view of nature, philosophy, thought, and sentiments. We hope you enjoy the poetry as much as the food and drinks!

Keep an eye out this evening on social media as our guests will be experiencing a five-course Japanese-inspired culinary menu with delicious Hanami inspired cocktails that tells the incredible story of the journey of the Sakura – just wait to see what A&D team have up their sleeves.

Rituals of Hanami
Friday, 1st of March from 6.30pm
SOLD OUT​